Calvin Ayre is spreading false ideas & information about Bitcoin. Contributing leader in the “lets confuse people about bitcoin” movement, meaning he used to call Bitcoin BCH, and now calls Bitcoin BSV, so make up your mind Mr. Ayre, you don’t even know what your self wants, yet you’re asking people to follow you in your faketoshi visions.

He owns Coingeek.com which had the nerve, recently, to say: “nChain’s Dr. Craig Wright, who most consider one of the premier thought leaders in crypto today, was a speaker” (source: Coingeek)

He also recently said: “Anyone trying to make the case that Craig was not part of the team that created Bitcoin is either a scammer or really really stupid” (source)

Calvin also publicly said Bitcoin is BCH (Bcash), and after Nov 15, 2018 he says Bitcoin is BSV (Bitcoin Satoshis Vision), this is his attempt to deceive crypto noobs. Remember, the more people they can convince, the more profit they stand to gain. 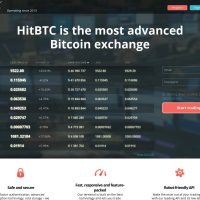